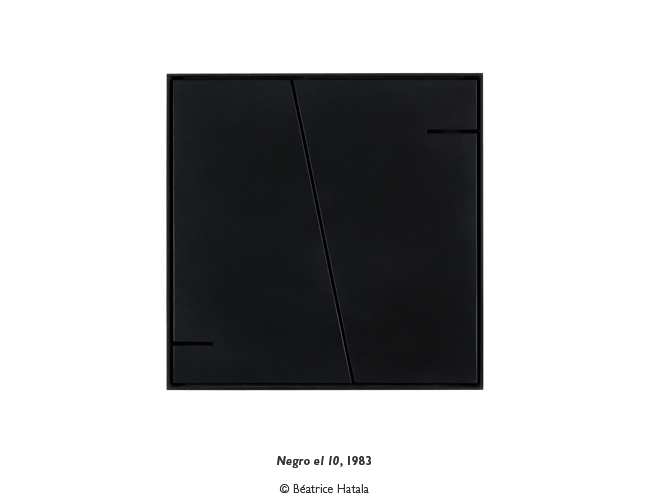 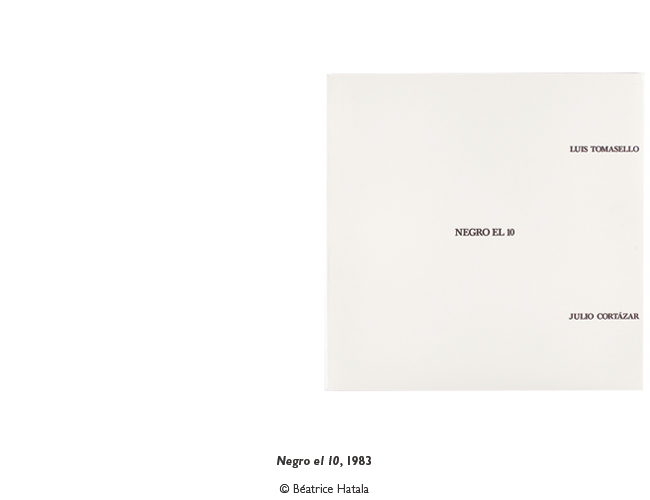 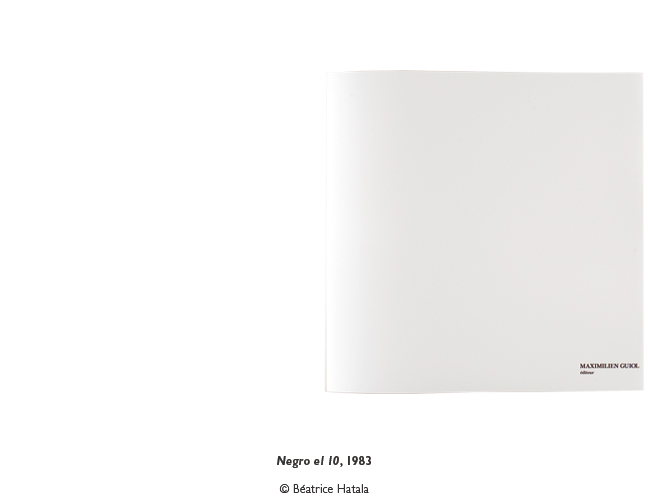 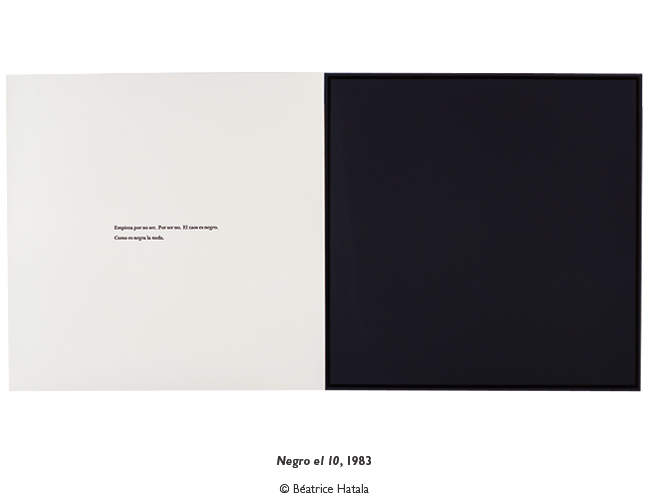 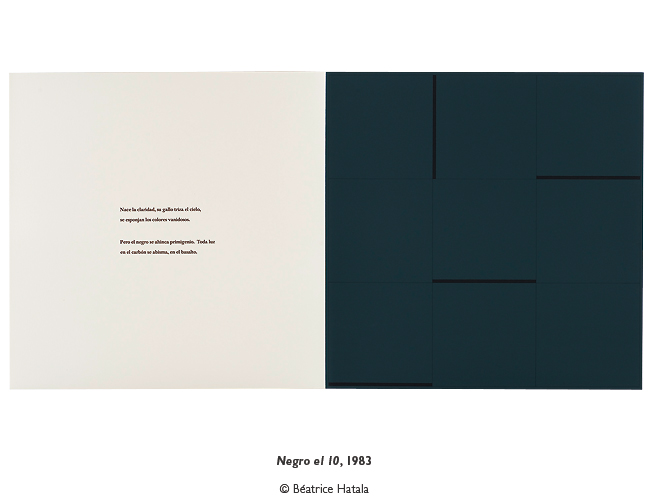 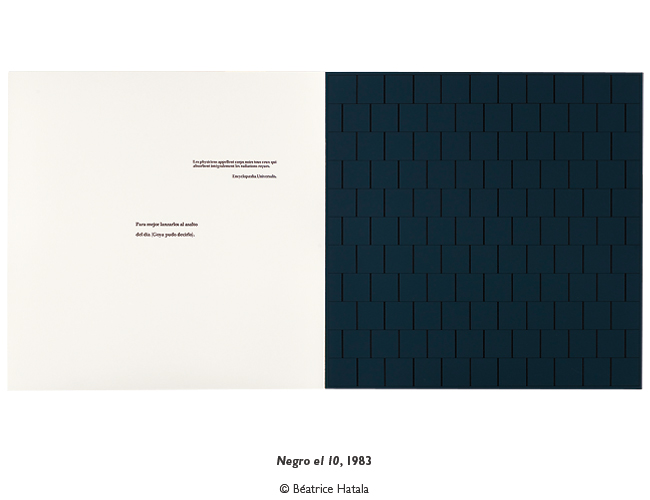 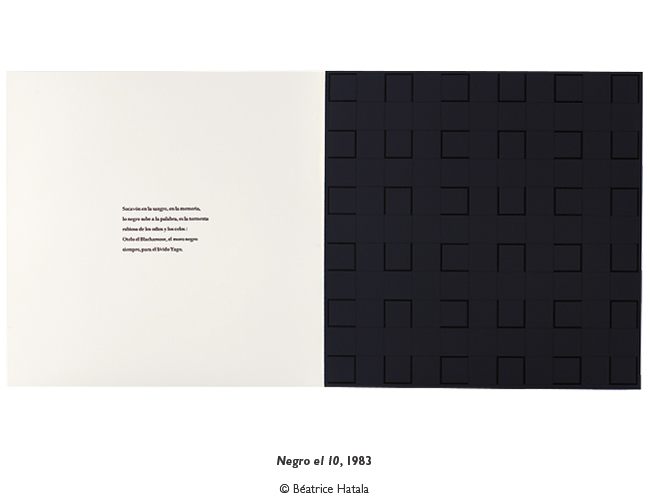 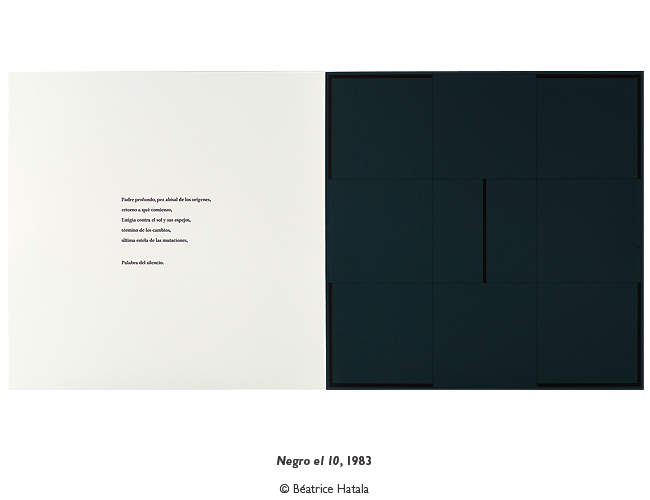 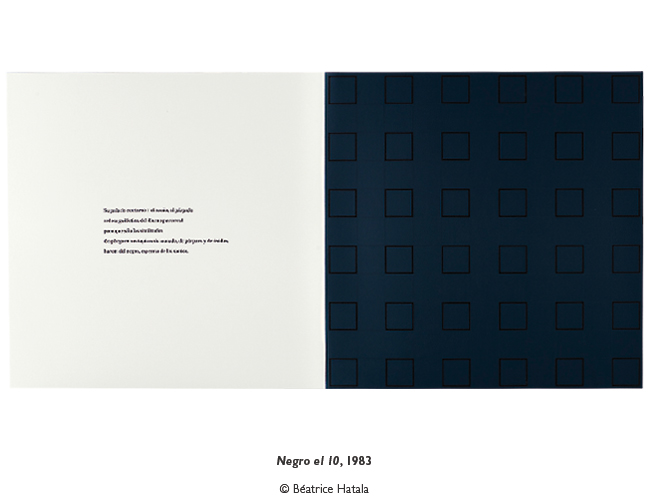 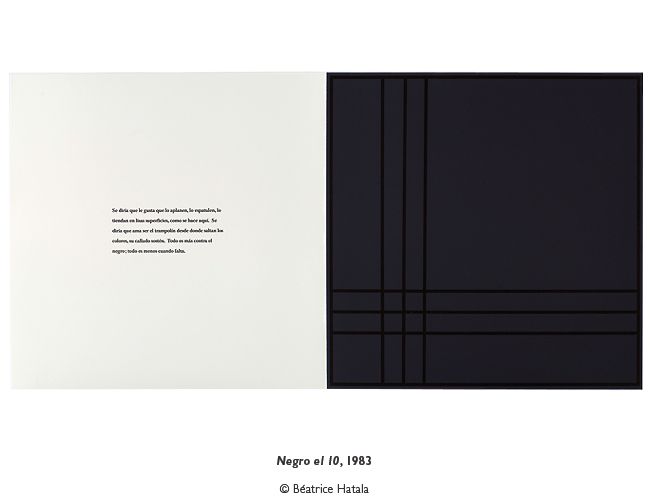 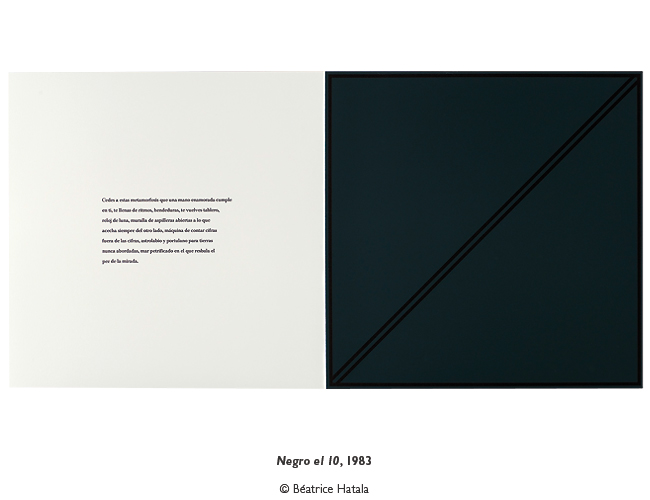 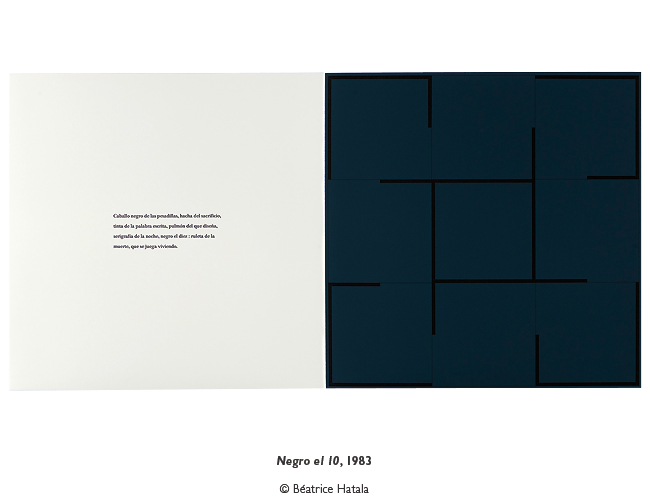 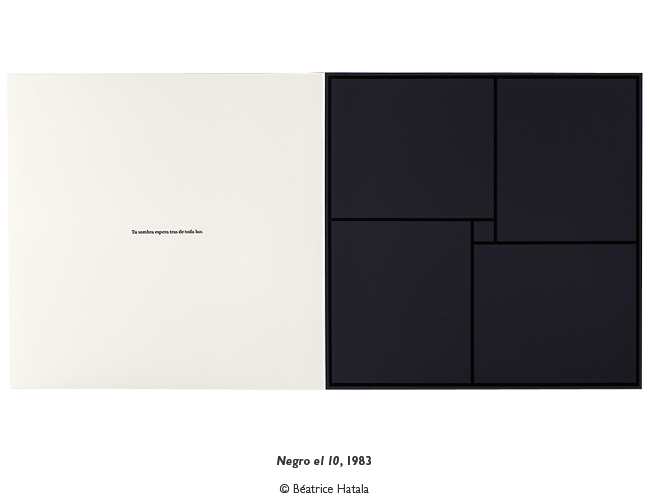 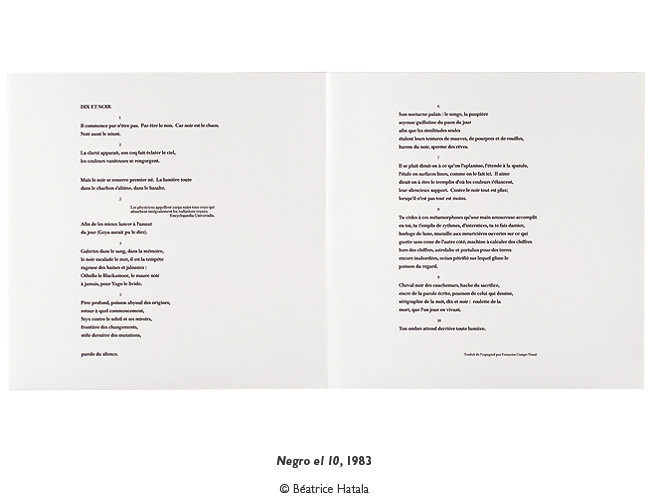 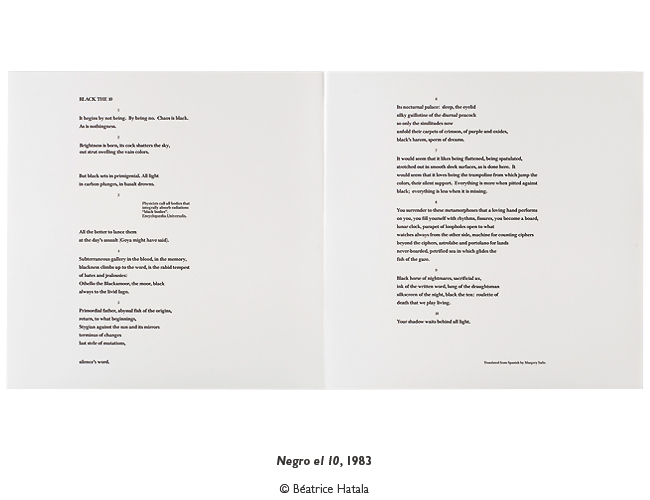 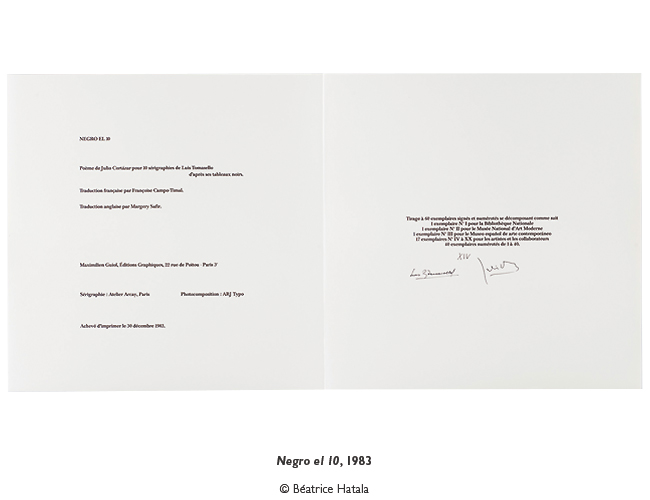 Account given by Luis Tomasello (Paris, June 11, 2011) of the circumstances in which he worked with Julio Cortázar on this series in the fall and winter of 1983*

The publisher Maximilien Guiol, with whom I was working on a number of exhibitions and who was interested in books, said to me: "Tomasello, I'd like to do a book with you, but you must find a writer." I was interested and told him that I knew Cortázar. He replied that if Cortázar accepted, that would be marvelous. I spoke to Julio Cortázar and he told me he'd be delighted to work with me. The publisher and I both felt it would be a good idea to use silkscreen prints. He added that ten would be a good number. I didn't want to mix color, white and black; I preferred to do them all in black. (So that it wasn't all pitch black, and to introduce a little variety, I did one in black with a little blue, one in black with a bit of green, and one in black with a touch of lilac, as I do with my black paintings.) We reached an agreement and I was to make a box, like a black painted wooden chest, for each copy of the edition.

Why Negro el 10? While Julio Cortázar was writing the text, we didn't yet have a title, and he talked about how living is like a game of roulette... There are two colors in roulette, and when he found out that if the 10 comes up it's always black, he chose that as the title.

We did the silkscreen prints and he was to write the text. He wrote the poem when he was ill, before he died. I took him photographs of the paintings from which the silkscreen prints were to be produced and one of the doctors saw him with all those photographs lying round him on the bed and asked: "What are you doing with all those X-rays?" And then Julio explained what it all was about.

A few months went by and Julio was still very, very sick, and I'd go to visit him every other morning. The boxes were finished and so were the silkscreen prints. Time passed, he wrote the text, and then it was all printed and only the signature was missing. I had the sixty copies in the trunk of my car and more days went by. Julio was worse and he didn't mention it to me till one day he asked me if the books he had to sign were still in my car. I went to get them and he sat up and gradually worked through them. When he'd signed twenty or so, I said: "Let's leave it till tomorrow." But he answered: "You never know..." He went on signing till he had finished the sixty copies. He died three days later, on February 12, 1984. 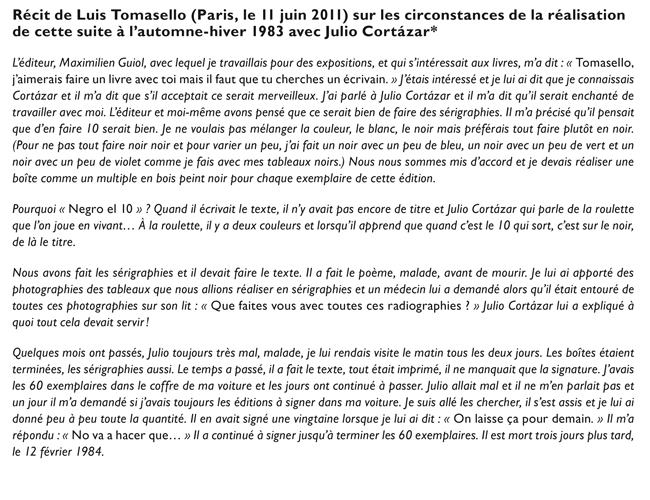 As he wrote this long funerary poem, he was thinking about Carol's death.**. It is very sad, apart from the last line, which is luminous. When he saw the layout with the black prints (he always asked artists to do their drawings first), he entitled it Negro el 10. 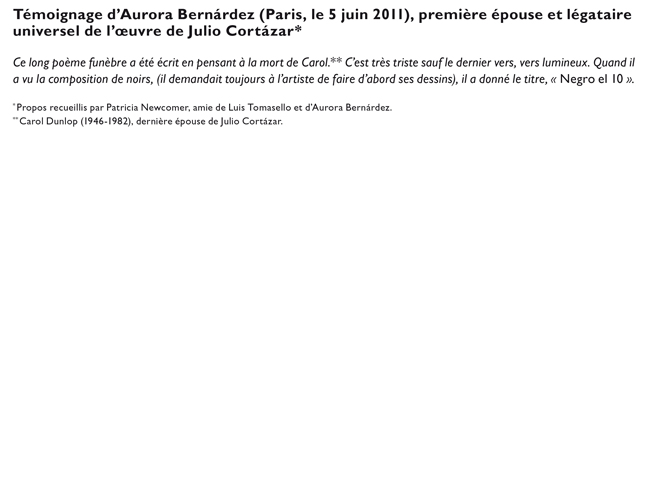 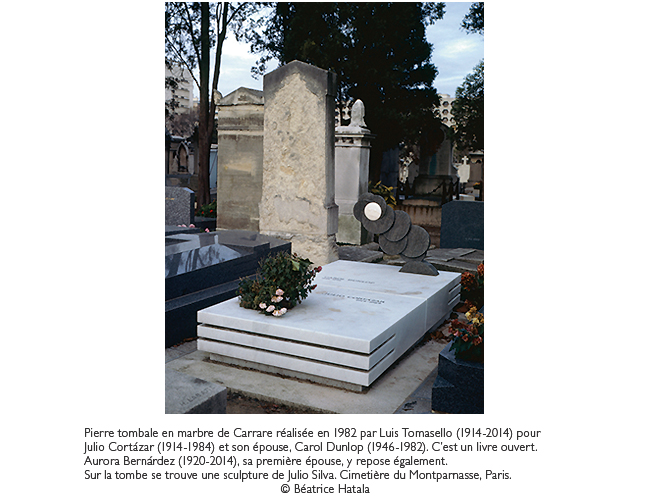