Luis Tomasello was an Argentine painter of Italian descent. He was born in La Plata (province of Buenos Aires, Argentina) on 29 November 1915 and died in Paris on 17 January 2014.

Luis Tomasello worked with his father as a bricklayer, joiner and painter. He attended evening classes in drawing from 1929 to 1931. He went to the Escuela Nacional de Bellas Artes Prilidiano Pueyrredón in Buenos Aires from 1932 to 1938 and continued his studies at the Escuela Superior de Bellas Artes Ernesto de la Cárcova from 1940 to 1944. Before traveling to Europe for the first time in 1951, he met painters Emilio Pettoruti and Carmelo Arden Quin. (He co-founded the Salón Arte-Nuevo with Arden Quin in Buenos Aires in 1954). He spent six months in Paris in 1951 before settling there permanently in 1957. He joined the Galerie Denise René in 1958.

"Luis Tomasello embarked on abstract art in 1952. His interest in kineticism was born in 1957. He started using relief in 1958 and dealt with light by means of structure and color. He took part in all major international events to do with lumino-kinetic art in the second half of the 20th century. But his art is also an intrinsic part of concrete art and possesses all the characteristics of that movement by virtue of its abstraction, the use it makes of systems and modules, repetition and series, the control exerted over all the elements, both before and during the work's execution, and the neutral technique and mechanical manufacture.

Thus Luis Tomasello's art is resolutely abstract: its chief characteristic is the way he works on and with light, creating play on light by means of reliefs arranged in regular order and painted a uniform white with colors placed within them. The latter are usually applied to the back or reverse side of the shapes or on their sides so that they are reflected onto the surface of the work, which itself is usually square. His relief works are entitled "Atmosphère chromoplastique."

Their forms are made up of planes, squares, cubes, cylinders and sometimes rhombohedrons. In any given work, all these elements are identical. They jut out only a short distance and are placed in orthogonal patterns. The colors are red, yellow, blue and green and are sometimes fluorescent. Certain works belonging to certain periods do not conform to these overall rules: the planes are cut in a different way, occasionally overlap, and are composed in patterns. Many works comprise a single plane with slots cut into it to create a feeling of depth and permit the color to act. Black matt paint is applied to a few works, which are entitled "Lumière noire." 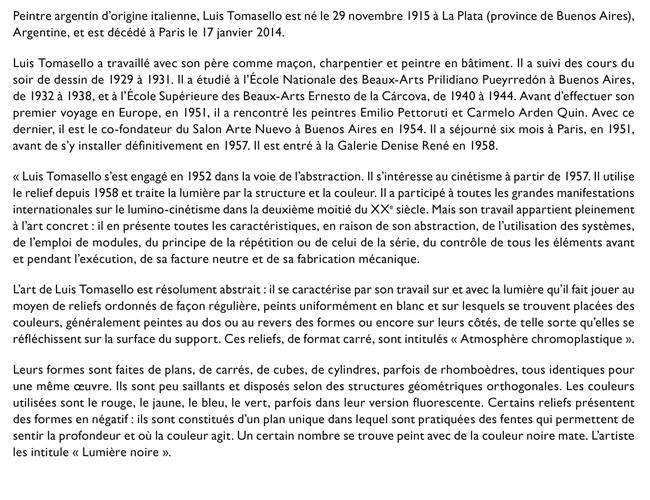 By using relief in his paintings, Luis Tomasello was able to avoid flat surfaces, project shapes and make them jut out into space, play with light and cause color to reverberate outwards. On the basis of these results, he immediately sought to integrate his ideas into architecture.

Another of his aims was to represent movement. His paintings are built on protruding or receding structures and changes of direction which give rise to optical vibration and create the impression of movement. Though the elements are static, their appearance varies owing to the shifting light.

Thanks to his visible structures and his reflected colors, Luis Tomasello has become a master of relief and a magician of light." 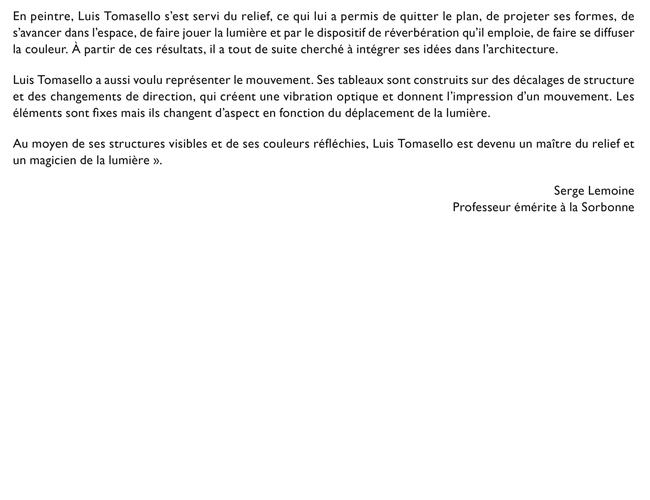 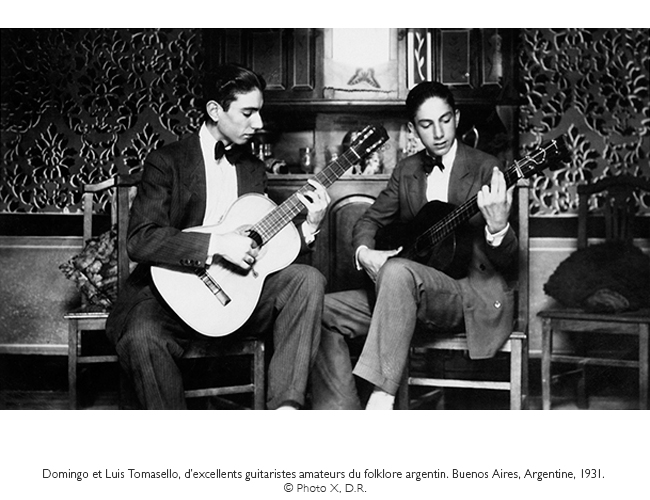 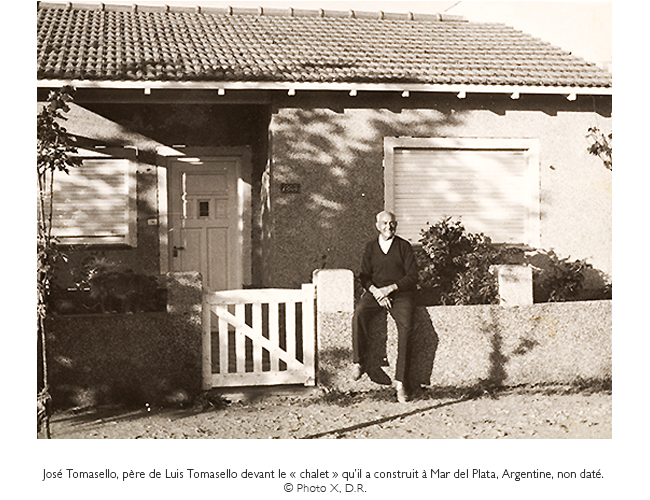 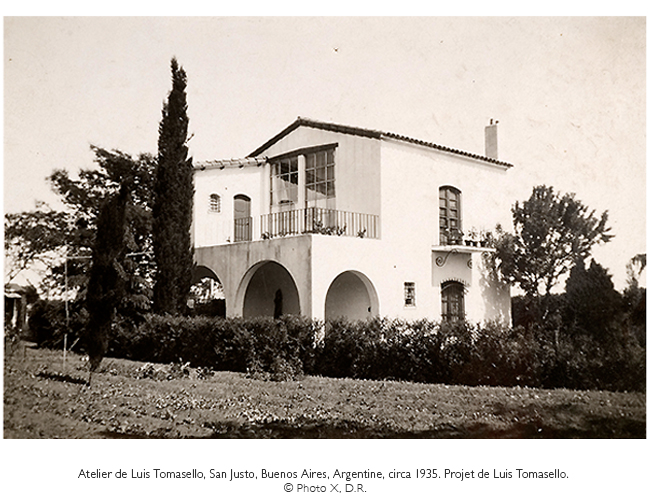 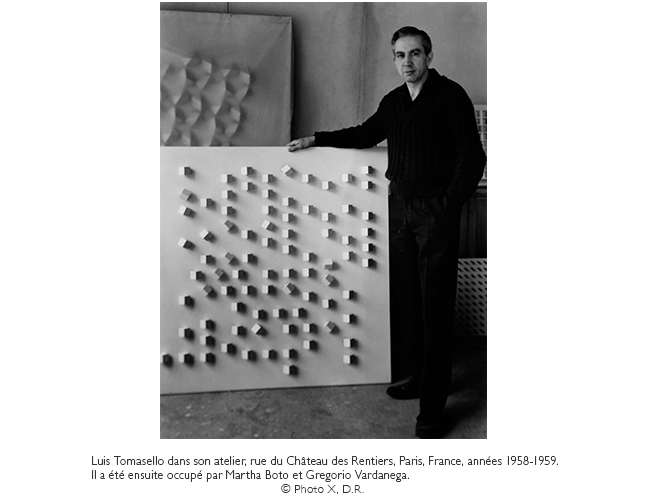 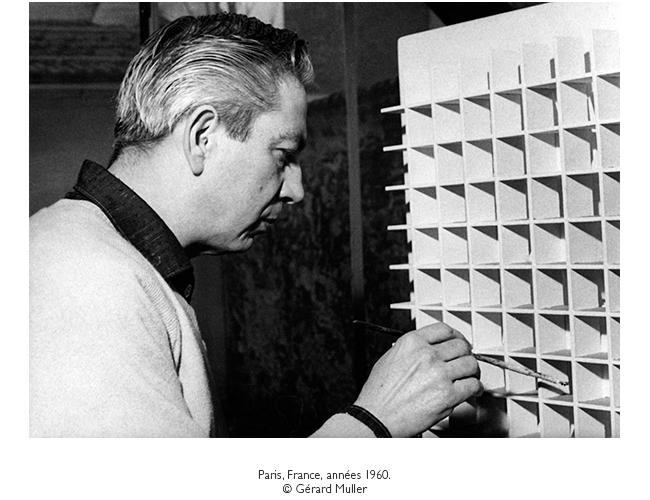 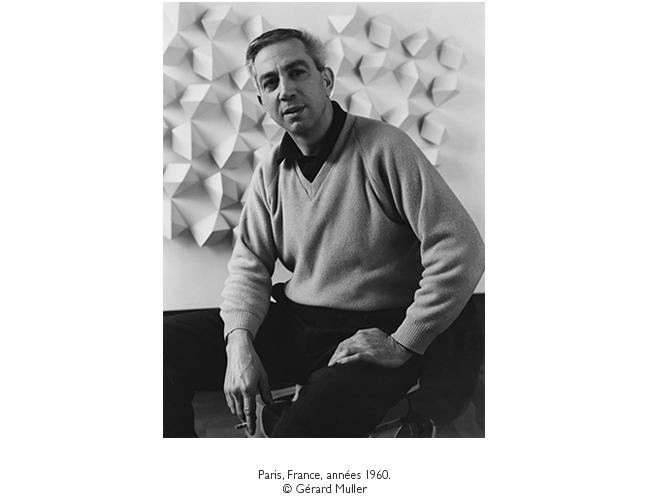 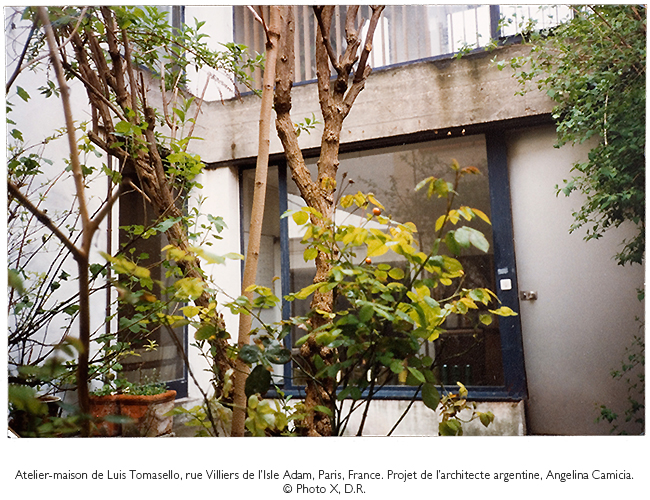 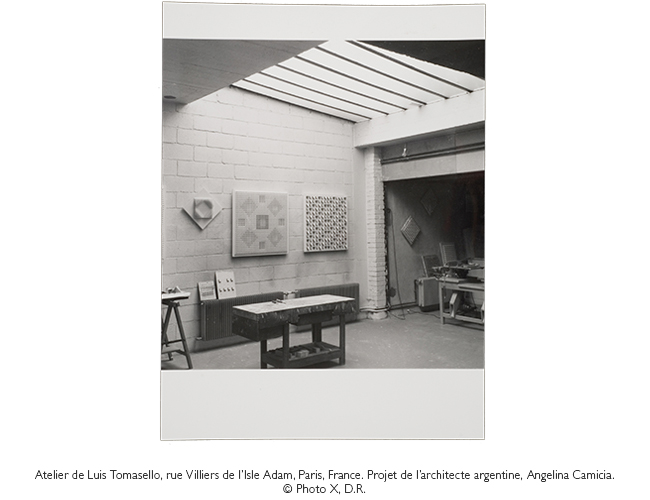 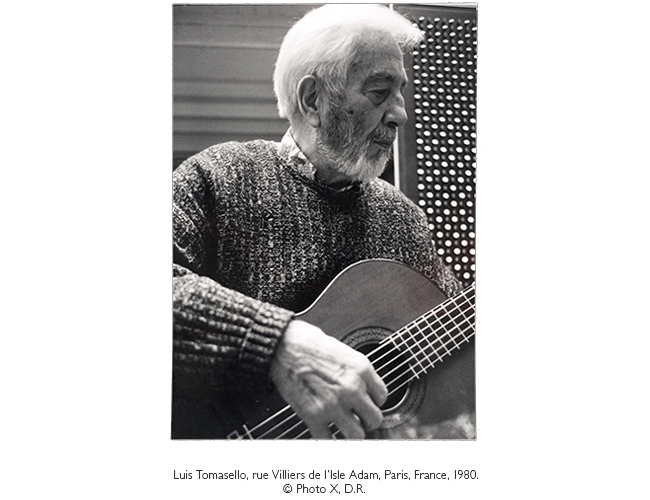 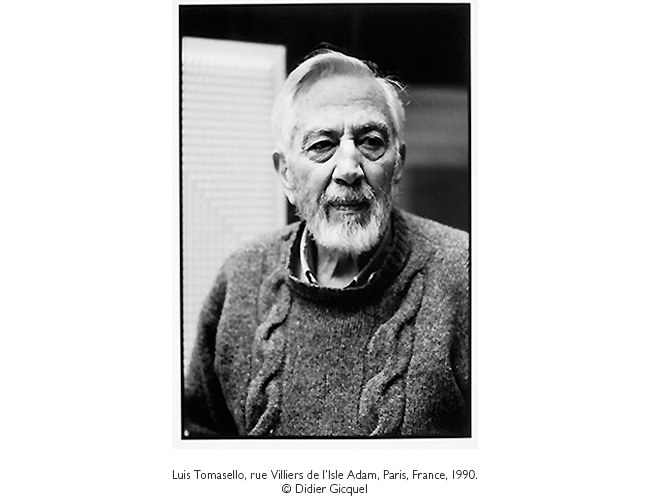 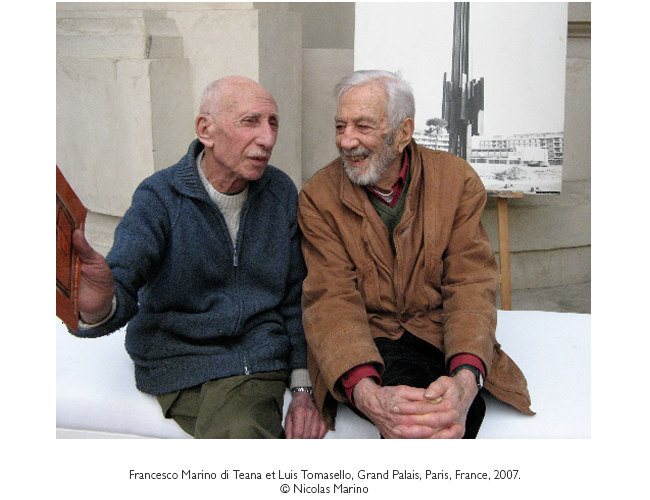 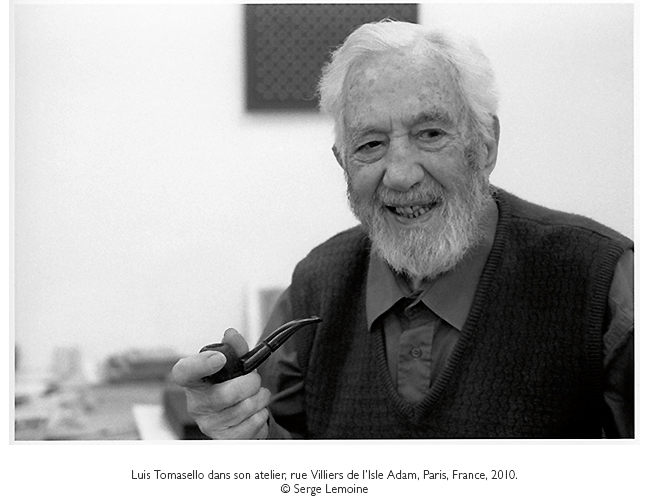 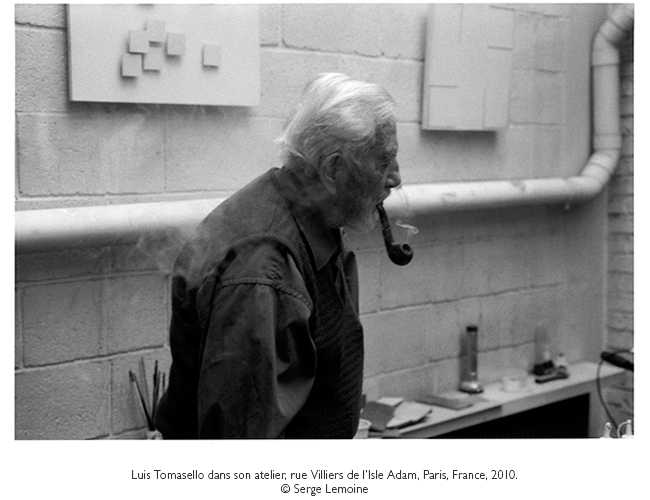 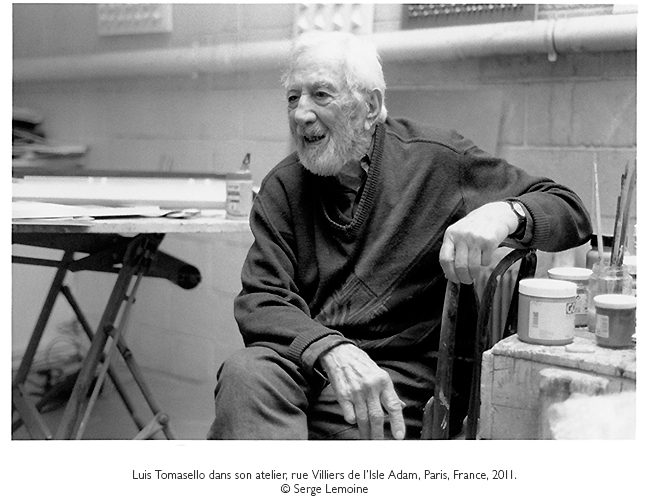 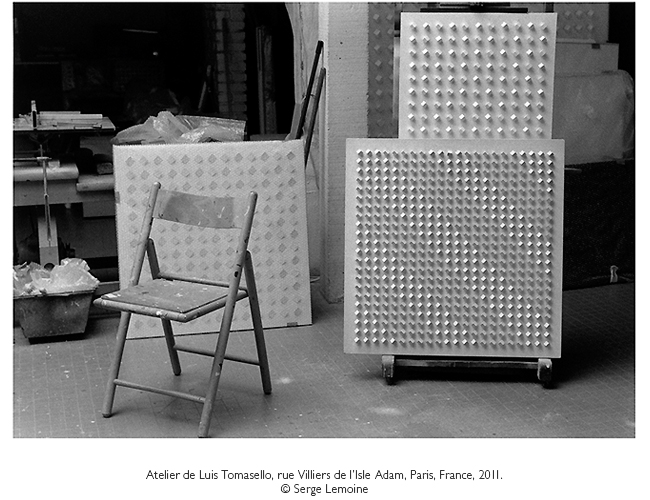 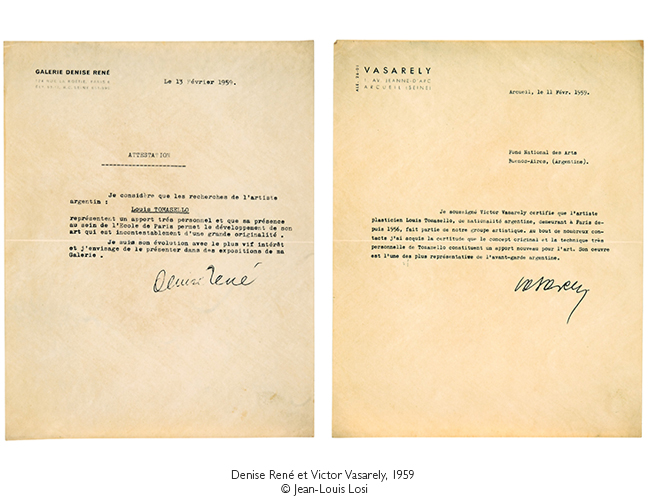